Why are There Unicorns in the Bible? 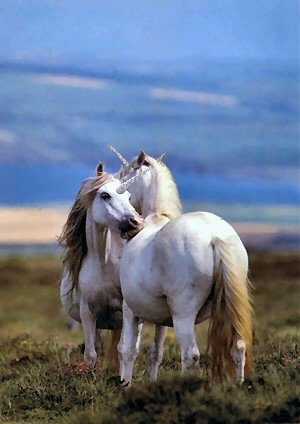 Skeptics often look for reasons to dismiss the Bible. A recent complaint I heard against those who simply accept the Scriptures is, “How can you just believe in a book that talks about unicorns?”

Many of us, having moved past the antiquated King James will likely just say, that’s only a problem for folks hanging on to the “Authorized Version.” However, we still need to deal with why that is there.

I don’t know why the King James translators used that particular word. Did they believe a mythical creature with life-giving blood, who could be captured by getting it to lay its head in the lap of a virgin actually existed at some time? I don’t know. Even if they did, that doesn’t mean that is what the Bible was actually teaching.

What I do know is this, the word “unicorn” and the Greek and Latin words that caused it to be in the KJV Bible simply mean “one horn.” They do not necessarily mean the mythical creature we speak of today. Considering the existence of the rhinoceros, is there really that big of a problem in believing that at some point there was an animal in existence that had a single horn? We also have the narwhal. Please, don’t give me arguments saying the rhino’s horn is just hair and the narwhal’s is a tooth. The fact is they look like horns and men would naturally call them by names that identify that marker. To think there might have been an animal that had a single horn that died out is not that hard to believe. It doesn’t mean the animal was magical. It only means it had one horn.

However, having said that, there are actually some pretty good arguments made for knowing what animal is referred to. I’m going to call a hostile witness to the stand: Isaac Asimov, a well-known atheist.

The Hebrew word represented in the King James Version by “unicorn” is re’em, which undoubtedly refers to the wild ox (urus or aurochs) ancestral to the domesticated cattle of today. The re’em still flourished in early historical times and a few existed into modern times, although it is now extinct. It was a dangerous creature of great strength and was similar in form and temperament to the Asian buffaloes.

The wild ox was a favorite prey of the hunt-loving Assyrian monarchs (the animal was called rumu in Assyrian, essentially the same word as re’em) and was displayed in their large bas-reliefs. Here the wild ox was invariably shown in profile and only one horn was visible. One can well imagine that the animal represented in this fashion would come to be called “one-horn” as a familiar nickname, much as we might refer to “longhorns” in speaking of a certain breed of cattle.

As the animal itself grew less common under the pressure of increasing human population and the depredations of the hunt, it might come to be forgotten that there was a second horn hidden behind the first in the sculptures and “one-horn” might come to be considered a literal description of the animal.

When the first Greek translation of the Bible was prepared about 250 B.C., the animal was already rare in the long-settled areas of the Near East and the Greeks, who had no direct experience with it, had no word for it. They used a translation of “one-horn” instead and it became monokeros. In Latin and in English it became the Latin word for “one-horn”; that is, “unicorn.”

The Biblical writers could scarcely have had the intention of implying that the wild ox literally had one horn. There is one Biblical quotation, in fact, that clearly contradicts that notion. In the Book of Deuteronomy, when Moses is giving his final blessing to each tribe, he speaks of the tribe of Joseph (Ephraim and Manasseh) as follows: “His glory is like the firstling of his bullock, and his horns are like the horns of unicorns….”

Here the word is placed in the plural since the thought of a “one-horn’s” single horn seems to make the phrase “horns of a unicorn” self-contradictory. Still, the original Hebrew has the word in the singular so that we must speak of the “horns of a unicorn,” which makes it clear that a unicorn has more than one horn (Asimov’s Guide to the Bible, 1968, v. 1, pp. 186-187).

Obviously, I’m not suggesting that Asimov is an authority on all things biblical. However, when an atheist who would naturally want to take every possible potshot at the Bible he could can tell that the King James Version didn’t actually teach the existence of the mythical creature we call a unicorn, then perhaps that should lay any of our fears to rest on this subject.

We can trust God’s word. Let’s continue to trust in it.