“The Perfect” in I Corinthians 13:10 is God’s Completed Revelation 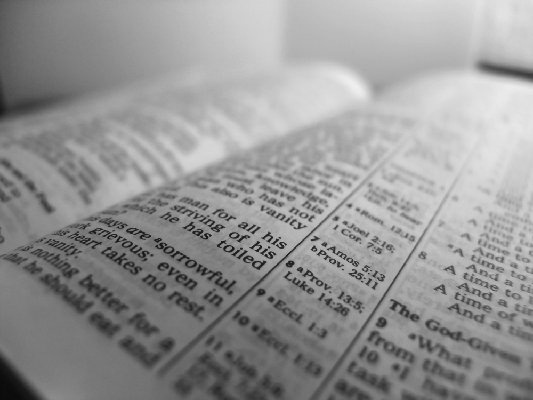 Last Tuesday, we discovered that while Jesus was and is perfect, He is not what Paul was referring to in I Corinthians 13:9-10 when he said, “For we know in part and we prophesy in part, but when the perfect comes, the partial will pass away.”

We need to understand the contrast being made in the passage. Paul talked about something being “in part” and something being “perfect.” Because our translators so often use the word “perfect,” we miss the connection. However, it could just as easily have been translated “complete” or “whole.” In other words, it could read, “For we know in part and we prophesy in part, but when the complete or whole comes, the partial will pass away.” With this translation, we see the connection more readily.

In any other context, when we hear about something that is in part and then talk about the whole thing, we know the whole is the same as the partial; the part is incomplete and the whole is complete. For example, if I offered you a part of an apple pie, what is the whole thing? When I actually ask people this question, they usually look at me like I’m a complete moron or they give that, “This is a trick question and I don’t know what the trick answer is” look. The answer to this question is so obvious folks can hardly believe it is being asked. If the part is apple pie, then the whole is apple pie.

So what is it about these gifts that they are the part of and what is the whole? Clearly, we are not saying there are all these miraculous gifts but we only have part of them, but when they all come, they’ll be done away with. That makes no sense. Instead, there is something we have in part through these gifts that when we get the whole thing, there will no longer be a need for miraculous gifts.

Hebrews 2:2-4 provides us some insight. It says, “For since the message declared by angels proved to be reliable, and every transgression or disobedience received a just retribution, how shall we escape if we neglect such a great salvation? It was declared at first by the Lord, and it was attested to us by those who heard, while God also bore witness by signs and wonders and various miracles and by gifts of the Holy Spirit distributed according to his will.”  Through the miraculous gifts of knowledge, prophesy, tongues, etc. we received the revelation and confirmation of God’s message of salvation.

However, there was no one expression of any of these gifts that provided the whole message. Rather, it was coming piece-meal, a little at a time. While that was occurring, the miraculous gifts were administered by the apostles and churches used them in their assemblies. However, once the whole thing had been revealed and confirmed, there would be no need for these pieces of revelation and confirmation to continue.

In other words, the perfect of I Corinthians 13:10 is not a reference to Jesus, but to the completion of the revelation and confirmation of God’s salvation message.

Unless you believe there is more we need to know about submitting to and serving God so we can walk His road to salvation, then you should see that the miraculous gifts have ceased. In fact, Paul goes on to provide a great illustration. He talked about being a child, but then growing up and putting away childish things. The miraculous gifts were the church’s childhood. While it still needed to learn what was the great message of God’s salvation, it was in childhood. Once God gave it all it needed, it was time to grow up and start reading the message instead of waiting around for more miraculous gifts.

Please don’t misunderstand. I’m not saying God doesn’t respond to prayers. I’m not saying God won’t do amazing things. I’m not even saying that God won’t sometimes intervene in the natural order of things. What I’m saying is God no longer uses miraculous gifts among Christians. The Holy Spirit is no longer giving Christians the ability to miraculously speak in tongues, have miraculous knowledge, prophesy, give miraculous words of wisdom, miraculously heal the sick, etc. There is a huge difference between saying we prayed for someone to be healed and God responded versus saying some of us have a gift to heal folks by which we can lay hands on the sick and they will be made well. Further, there is a huge difference between saying we prayed for someone versus thinking some special Christian has more influence with their prayers such that we’ll call it a gift of healing.

The perfect has come. We have the full revelation and confirmation of God’s will for us. The miraculous gifts have ceased and been done away with by God himself. It is now time for us to quit bickering over who has the best miraculous gift and instead move on to live with faith, hope, and love.