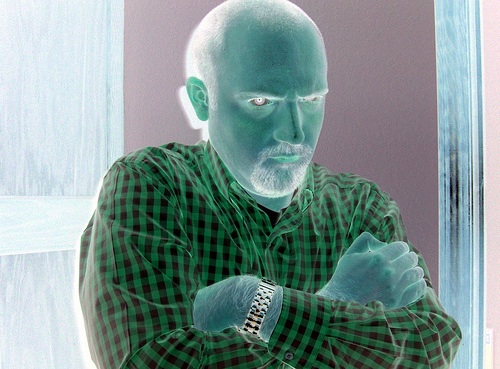 In our country, we seem to be in the grasp of a culture of negativity. We are discontented about nearly everything. We have two major political parties who seem to be more interested in opposing the other’s agenda than doing what is right for the country. If they are for it, I have to be against it. In the sports world, if a team has one bad season, the boosters begin to complain and seek a quick dismissal of the coach. They do this by grumbling among themselves then to the management or school administrators until the negativity grows, and the program has no choice but to make a change. We feel we must find and expose all the errors a person has made before we examine if there has been any correction of those errors. We must be right on every issue. The media seems to delight in tearing down the image of anyone in the public eye.

I fear this same culture of negativity has infected the church. It is not something new. God’s people, like most people throughout history, have fallen prey to this type thinking. The children of Israel had not been out of Egypt very long before they started murmuring. Moses was a target of the people, yet God told him that it was He they were murmuring against, not Moses. Of the twelve spies, only two had the confidence that God’s people would prevail in taking the Promised Land. The others only saw the negative.

In 1 Corinthians 10, Paul warned the church not to participate in grumbling or murmuring, but seek the good of others and not merely look out for their own interests. Nothing can destroy the unity of a congregation quicker than discontented brethren who seek to find fault in everything done in a congregation. It can be the simplest things. The song leader is not very good, the preacher is too firm in his presentation or the prayers are too long. I have even heard people complain that there are too many prayers and too many songs. How can praising God through song and approaching Him in prayer be laborious? It seems to be a major catastrophe if the worship assembly goes five minutes too long. Some might say, “The elders actually made a decision without consulting me first.” So, if there is something we disagree with or dislike, we simply start talking to our closest friends in the congregation about our discontent. Then, the seeds of discontent are planted and the growth of disunity will surely bloom. If we have a complaint about someone, we will not go to them. We treat an eldership or the preacher as the congregation’s “complaint department.” We complain to the elders or preacher about someone else and are essentially saying, “I don’t want to hurt his feelings, so, I am telling you so you can hurt his feelings.”

Christ gave the principle regarding disunity in Matthew 12:25; a house divided will be brought to desolation. Paul wrote about brethren biting and devouring one another in Galatians 5:15. In the same context he goes on in verse 20, while listing the works of the flesh, to list rivalries, dissension and divisions as it is described in the English Standard Version. Those who sow discord among the brethren is listed in Proverbs 6 as an abomination to God along with pride, lying, shedding innocent blood, wicked planning, running to evil, and false witnessing. This is no small matter to our God. In dealing with the many problems facing the Corinthian church, Paul wrote first about their division in chapter one. Unless they were unified, they could not correct their other problems. He chastised them for their party spirit.

If there is someone in a congregation with whom we have a complaint, go to them and resolve the complaint. If there is a spiritual problem, go to them. In doing so, you may save a soul. Take no delight in their frailties. Do not adopt the attitude of being the sole source of truth. Even in dealing with an errant brother, we must do so with humility. Listen to the warning of I Corinthians 10:12 and not think too highly of ourselves, lest we fall. And, do not let your knowledge inflate your ego and cause you to sin as we are told in I Corinthians 8:1. If your complaint is he never polishes his shoes, either talk to him or keep it to yourself. If your complaint is based on your personal opinion, I suggest you remain quiet. Avoid discord and avoid something God hates.