God Is on Our Side; We Will Win 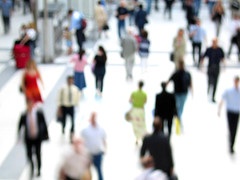 In Numbers 13, Moses sent 12 spies into the land of Canaan, the Promised Land. It has been called the Promised Land because God promised the Israelites He would give it to them. They weren’t simply looking for a land and trying to decide which one they wanted or which one they could take. God was sending them to a land He had promised to give them. This was the same God who had delivered them from Egypt by a series of plagues and then by parting the Red Sea. Seems to me, if this God wanted to give them a land, He knew how to do it.

However, in Numbers 13:27-29, 10 of the spies reported that the land was indeed amazing. It was everything they had been promised. It was a land flowing with milk and honey. It was the land they really wanted. Only one problem. “We can’t do it,” reported the spies. “The people are too big, too strong, too powerful. We’ll never overcome. We should pack up and go home.”

In Numbers 14:7-9, Joshua and Caleb tried to change the minds of the people. “If the Lord wants to give us the land, He’ll do it. Trust in the Lord.” But the people wanted to stone them, appoint new leaders, and return to Egypt.

You know how the story turned out. God punished the Israelites. They wandered in the wilderness until that generation died—except Joshua and Caleb. God rewarded these two men in the Promised Land when He finally gave it to the next generation.

However, I am tempted to look around today and start making excuses. Too few people care about spiritual things. Too many people are too worldly and liberal. Everyone is prejudiced against Christ’s church. Nobody wants to listen. People won’t like us. Nothing will work. On and on and on the list can go.

Is this kind of excuse-making anything more than, “Yes, the land is all God promised, however, it is filled with giants. We better just go back to our building and quit worrying about victory in the land”? It is just so easy to forget that we aren’t doing all this on our own. God is with us. God wants us to have victory in the land. Will everyone listen? Of course not. But God is with us. We will be victorious. We will have success. We will spread the gospel and God’s kingdom, if we trust in the Lord and simply do His will.

That means we just need to start doing something. Instead of waiting until we are sure we have come up with some fool-proof plan that everyone will listen to, let’s just start doing something. Invite people to the assemblies. Offer to pray for people. Have a study in your home. Ask if your co-worker would be interested in reading the Bible together. Do something. Not everyone will listen, but God is with us. And He is the one responsible for giving the increase (I Corinthians 3:5-7).

We will do it, not because of us, but because God is with us.