Getting Honest with Bible Prophecy 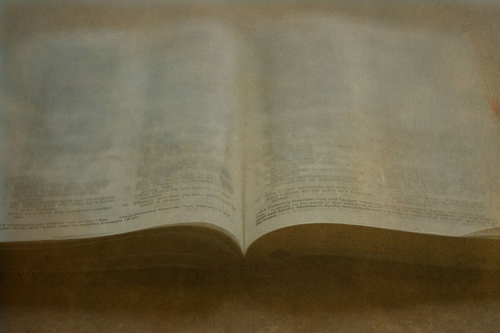 Matthew 1-2 used to trouble me greatly. I’ve always heard Bible prophecy is one of the top reasons to accept the story of Jesus and I believe that. I’ve heard the statistics about the number of prophecies and how they were filled exactly in Jesus. There are four direct quotes in Matthew 1-2 and one allusion. “Oh wow,” I thought, “Here in these first two chapters are five fulfilled prophecies.”

Isaiah 7:14 says the Messiah will be born of a virgin. Matthew 1:23 shows the exact fulfillment of that prophecy.

Micah 5:2 says the Messiah will come from Bethlehem. Matthew 2:6 says the scribes used this passage to help the wise men find the child Jesus.

Hosea 11:1 says the Messiah will come out of Egypt. Matthew 2:15 shows that is exactly what happened.

Jeremiah 31:15 says Rachel will weep for her children indicating a bunch of her children would be killed. Matthew 2:18 shows that is exactly what happened.

Then there is the fact that the scriptures teach that the Messiah would be called a Nazarene and Matthew 2:23 says that is exactly what happened.

Wow! Amazing! But wait. There’s a fly in this ointment. Have you ever looked at the actual prophecies?

Isaiah 7:14 does not say the Messiah will be born of a virgin. Rather it says that king Ahaz will be given a sign. A child will be born and by the time that child is old enough to choose good and refuse evil, the lands of Syria and Israel will be forsaken. These two kings were threatening Judah; Ahaz needed help from God. So, on first reading, this prophecy doesn’t appear to be about the Messiah at all. Unless God lied, it had an immediate fulfillment. In fact, it was likely fulfilled in the person of Maher-shalal-hash-baz in Isaiah 8:3-4. Hmmm.

Micah 5:2 doesn’t present much of a problem. It appears to be taking the rise of the Assyrians as an opportunity to provide a statement about the coming Messiah. That did happen as Micah said. No wonder the scribes and priests were able to pinpoint Bethlehem so readily.

Hosea 11:1 was not about the Messiah at all. In fact, it was not even prophetic in the sense we think of prophesy. It wasn’t describing something that would happen in Hosea’s future. It was describing something that had already happened in Hosea’s past. It was a reference to the nation of Israel and their stay in Egypt. God was reminiscing about His work with Israel and how they rebelled against Him. He called Israel out of Egypt, which called to mind His great work of mercy and deliverance for them. How did Israel repay Him? They continually went after false gods. Yikes. What do we do with this? It isn’t even a prophecy, let alone one of the Messiah.

Jeremiah 31:15 was not about a citywide slaughter of the children in Bethlehem conducted by Herod in his jealousy of the Messiah. Rather, it was about the captivities of Israel and Judah. Rachel was figuratively weeping for her children because they had been carried captive into foreign lands. If we keep reading in Jeremiah 31 we learn that this is actually a prophecy of the restoration of those nations that would eventually come. We know that happened under Cyrus. We read about it in Ezra and Nehemiah.

Finally, the most troubling one for me is that there is actually no Old Testament passage that says the Messiah will be called a Nazarene.

Okay, I have a problem. This number one test of truth is on shaky ground. Certainly, there is still the specific prophecy in Micah 5:2 that says something will happen with the Messiah in the future and it happened exactly like that. It was so specific and correct the scribes and priests could tell the wise men exactly which city to go to.

But 1 out of 5 doesn’t seem to be a good record. What is going on here?

The problem was not with the prophecies. The problem was with my western mindset. Having heard stories of Nostradomus and psychic hotlines, I had the idea that prophecy means foretelling an event and that event happening just as the prophecy said. A prophecy is a person saying, “So and so will do such and such on this day.” Then we wait to see if it happens that way. Certainly some prophecies are like that. Who can deny Isaiah 53 and Psalm 22 and how specifically they foretell the crucifixion? However, that is not the limit of biblical prophecy.

When trying to figure this out, I didn’t just say, “Oh well, Matthew was so wrong, I can’t believe him.” My first thought was how could Matthew make such obvious mistakes? That just didn’t make sense to me. When I saw what seemed to be such obvious mistakes and I considered that Matthew was painstakingly trying to prove to his Jewish brethren the truth of the Messiah, I had to ask if there was something about prophecy Matthew and his readers understood that I didn’t. That is exactly the case.

For the ancient eastern mindset, prophecy was not simply an issue of directly foretelling an event and it happening. Rather, what Matthew was demonstrating was that Jesus did not simply fulfill direct statements like Micah 5:2. Rather, He was the ultimate fulfillment of the Old Testament in general. Matthew is pointing out that Jesus is an amazing figure whose story mirrors that of God’s people for their whole existence. Was Israel called out of Egypt (Hosea 11:1)? That wasn’t just a story about Israel. That wasn’t just a story about the past. That was a marker for the future. When Jesus comes along and follows that same story, He stands out. Did Rachel weep for her children when children of Israel were killed in wars and taken captive (Jeremiah 3:15)? Look at what happened when Jesus was born. She wept again as her children were killed when the Messiah came on the scene. Was a child born to a maiden during the days of Ahaz as a sign for deliverance to Judah (Isaiah 7:14)? How much more is the birth of a child to a virgin a sign of deliverance for God’s people?

What about that Nazarene issue? This is really powerful. Matthew, talking to Jews, speaks in Jewish idiom. The issue of being called a Nazarene was not simply about where a person was from. Rather, being a Nazarene was no badge of honor. For the Jews of the first century, saying someone was a Nazarene meant they were backwoods and not to be honored. Notice Nathaneal’s response in John 1:46. “Can anything good come out of Nazareth?” While the words, “He shall be called a Nazarene” are not in the Old Testament. The teaching that the Messiah will not be someone who comes in the world as obviously worthy of honor was taught. Isaiah 53:1-3 gave that specific message. The Messiah would not be someone deemed worthy of honor. Or, as the Jews would say, He would be a Nazarene.When the Old Testament prophesied how not honorable Jesus would seem and then God has Him grow up in the very city that represented lack of honor to the Jews, that is pretty powerful.

So what is the wrap up on this? The wrap up for me is that the veracity of Jesus is more secure. Jesus’ life is not merely a series of events that follow straight line prophecies. Rather, not only does He fit some prophecies like that, His very story demonstrates fulfillment of the entire story of God’s people throughout history. God weaved the story of the Messiah through the history of Israel and Jesus fulfills it. To me, that is amazing.

Born of a virgin, called out of Egypt, without the obvious appearance of honor, surrounded by the mourning for children but a sign of coming deliverance and restoration–Jesus fulfills it all. He doesn’t just fulfill a few instances of prophets foretelling the future. He fulfills the entire story. That doesn’t just happen by accident.