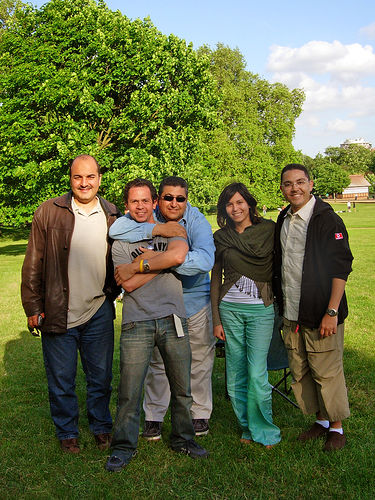 There’s a scene in the western movie Tombstone that takes place after a big gun fight.  Wyatt Earp along with Doc Holliday and several other men were resting after the battle.  Doc was a sick man, and one of the others asked why he would put himself through such an ordeal.  He replied, “Wyatt Earp is my friend.”  The questioner responded that he had lots of friends and still didn’t understand Doc’s loyalty.  Doc answered the man’s statement about having lots of friends by saying “I don’t.”  True friends are there in any and all circumstances, and they are few.

If you think about it, most people have a lot of friends.  But, there are various types of friends.  When I think of a real friend, I think of what most people would classify as a close friend.  We, as Christians, have somehow gotten the notion that all Christians everywhere should be considered our close friends.  That is just simply not the case.  Do we love them?  Yes!  I hope to meet each of them in heaven.

Consider Christ.  As He spent His time going about teaching, He developed a large following at times.  But when tough times arose, there were only a handful that stayed close to Him.  There were Martha, Mary and Lazarus, and, of course His disciples.  Of the disciples, He had three that He was particularly close to; Peter, James and John.  He would separate them and take them with Him on special occasions such as on the Mount of Transfiguration and in the garden.  And then there was John.  In John 13:23 and 21:20, he is referred to as “the disciple whom Jesus loved.”  Even our Lord had those, while on earth, He considered His closest friends and one who was even a dearer friend.  The three weren’t a clique, they were His inner circle of close friends.

As Doc Holliday considered Wyatt Earp, these three disciples, and particularly John, looked to Christ as their “best” friend.  When all were abandoning Him in John 6, Jesus looked to His disciples and asked if they would leave Him too.  Peter responded in verse 68, “to whom shall we go?”  In times of trouble, we should turn to our God.  But, in His infinite wisdom, He gave us each other for comfort and consolation in times of trouble, and people to rejoice with in happier times.  Each of us needs someone, on this earth, to whom we can turn.  In Proverbs 17:17, we are told that friends love at all times and a brother is born for adversity.  Proverbs 18:24 tells us having too many companions may not be good, but there can be a friend who sticks to us like a brother.  Proverbs 27:17 tells us that a friend can sharpen us like iron on iron.  Sparks may fly, but the friendship remains.  A friend, not an enemy, will tell us the truth.  In Galatians 4:16, Paul asked if telling them truth made him their enemy.  If the answer was yes, they did not consider Paul their friend.

I moved all over the Southeast while growing up.  It is difficult to make friends and move off and leave them.  I didn’t make too many friends then.  When I became an adult, I learned the true meaning of a friend.  After that, I have made friends that I feel are closer than a brother and who are there in times of adversity.  They are my friends, and they are small in number.  I am thankful to God for each of them.  I am thankful they are Christians.  Though we may be separated by many miles, they are close at hand.  I am thankful they sharpen me and tell me the truth.  I am thankful they have never abandoned me in times of trouble.  I pray that all have friends like mine.  God has blessed me richly with a few really close friends and host of others, as well.  May God bless you with dear Christian friends.